Thank you for your interests in participating in our geo-fenced coupon customer reward program.  We have been working with a number of tour bus companies that bring tourists to your area on a daily basis and would like to attract these tourists to your business.  Within the limited time, we offer six-month risk free trial period.  After the six-month trial period, you have a choice to continue or leave us.  We will give you a choice to pay a monthly subscription fee or a transaction percentage fee.

After you fill out the following form, we will create your coupon and the coupon will appear in our voice map widely distributed among tour buses and attractions. 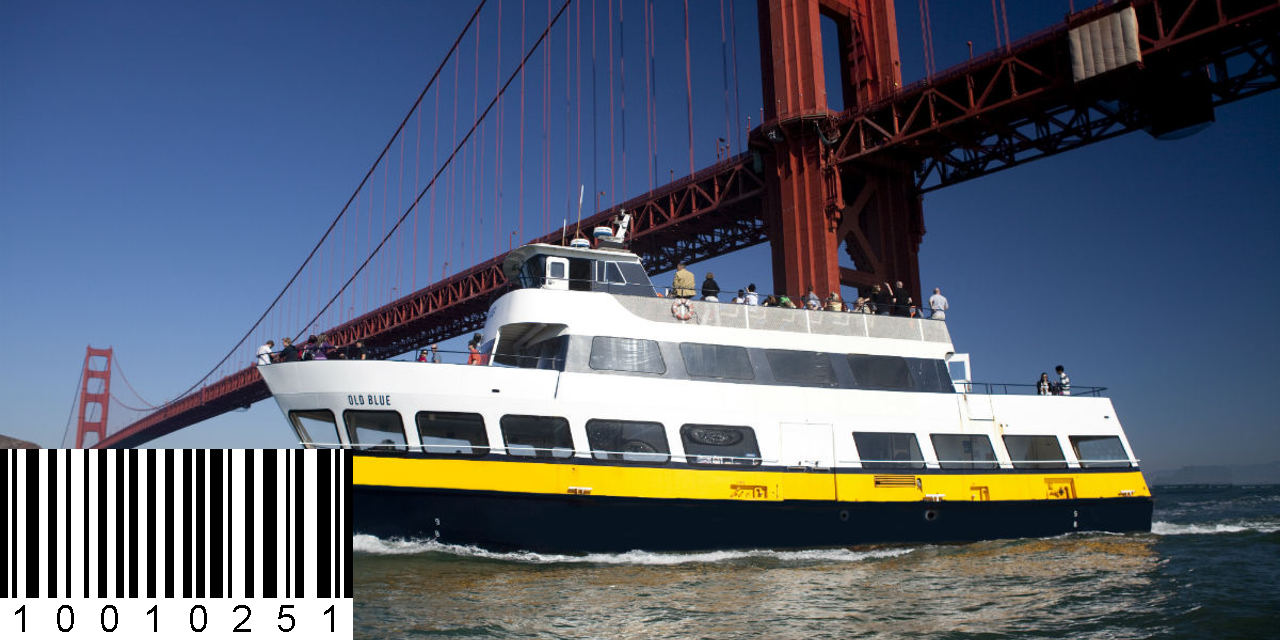 Enjoy $5 off Bay Cruise Ticket at Blue & Gold Fleet, the premier provider of ferry and water excursion services on San Francisco Bay. Up to 6/six Adults and not to be combined with any other offers.  Coupon Code: 10010251

Aquarium of the Bay: $3 off Adult Ticket and $2 off Child Ticket

Explore the aquarium and below San Francisco Bay.  Show the promotion code 671 to the ticketing office.  $3 off Adult Ticket and $2 off Child Ticket. Coupon Code: 671

Promotion-Based MERCHANT SERVICE AGREEMENT Standard Terms and Conditions The following Coupon Merchant Service Agreement Standard Terms & Conditions referred to herein as the “Agreement” is entered into by the user (the “Merchant”) by clicking the accept button, on the web-site, and VuTags, Inc. herein referred to as “Agency”. The “Deal” refers to your business delivering on the promotion and “Content” refers to the coupons, vouchers, tickets, and associated images and text.

This Agreement relates to the placement of marketing and promotion services for Merchant with the Agency that will promote a coupon, voucher or ticket for the Merchant’s product or service with the particular Deal characteristics identified as the Deal, in accordance with this Agreement.

The Merchant is the “issuer” of the coupon, voucher or ticket for its Deal, and Agency acts as the marketing agent for the Deal. The “Deal” is described as promotion of content that allows a consumer to obtain a service or product from the Merchant according to the promotion’s terms and conditions.

Agency may use Merchant Content to prepare one or more promotional creatives for the particular Deal (“Deal Creatives”), in its discretion, which may include a Deal page hosted on websites offered with our distribution partners, an email creative to be distributed to potential purchasers of the Deal, or other similar creatives for online promotion of the Deal. Deal Creatives will be created and approved by

Agency will offer and promote the Merchant product or service identified as above (the “Merchant Product”) through an electronic format and platform on the terms and conditions described herein and the Deal Creatives approved by Agency (the “Deal”), including the discounted price to be paid by the purchaser (the “Deal Price”). The scheduled time period that each Deal is marketed and offered (the “Offer Period”) will be designated by the Merchant.  Agency provides no guarantee that it will provide advance notice of Offer Periods or changes to a planned Offer Period.

a. Issuer. Merchant agrees and acknowledges that Agency and it’s partnerships mark the Deal, but that Merchant remains the issuer of the deal. Accordingly, Merchant agrees that it, and not Agency, is solely responsible to fulfill the Deal and provide the Merchant Product/Service to the individual redeeming each Voucher in accordance with this Agreement.

b. Fulfillment. Merchant agrees to honor and fulfill all Deals in accordance with the terms of the Deal, this Agreement, and any applicable laws. Merchant agrees to accept the Deal in any form presented for redemption that has been approved by Agency, including, without limitation, a physical printout of the Deal or by displaying the Deal on a mobile device such as an iPhone at the point of service. Merchant shall not treat Deal holders differently from other paying customers in the scheduling (e.g., use of blackout dates and times) or delivery of services, except as expressly set forth in the Deal. For Deals that require advance scheduling, Merchant shall use its best efforts to accommodate the scheduling request of the consumer. Except as expressly set forth in the Deal, Merchant shall permit consumers to redeem Deals after the Expiration Date for Deals that require advance scheduling if the Voucher holder contacts Merchant prior to the Expiration Date for the purpose of scheduling service.

d. Redemption Data. Merchant shall collect and provide to Agency on a regular basis, no less frequently than monthly, a list of the serial numbers of redemptions. Merchant may provide this information in paper or digital form or, when available, using Agency merchant portal or email through which Merchant can record such data.

4. Fees and Payment In consideration for fulfilling its obligations under this Agreement, Agency will be entitled to retain the payment on all payments received from Purchasers of the Vouchers and the Program Fee, if any. Scheduling. Merchant understands that the success of the Deal is dependent upon coordination in promotion planning. To ensure the success of the Deal,

a. General. Each Party hereby represents and warrants that (a) it has the authority to enter into this Agreement and to fully perform its obligations hereunder, (b) this Agreement does not and will not conflict with any of the Party’s other obligations to any third parties, and (c) it complies and will comply with all applicable laws and regulations.

b. Service Warranties. Merchant additionally represents and warrants that: (a) it will provide the Merchant Product in a safe and professional manner; (b) the Merchant Content does not infringe or misappropriate any third party copyright, trademark, right of publicity, moral right, trade secret, or other proprietary right, and (c) it will comply with applicable federal and state laws related to redemption of the Coupon, Vouchers, or ticket including those related to deceptive trade practices, unclaimed property liability associated with Vouchers that have not been redeemed, and expiration of Deals. Merchant acknowledges that the Deal terms will state in the Deal Creatives that all or a portion of the Deal expires after a stated Expiration Date, and if required by law, that the Deal Price does not expire, if at all, until a later date. Merchant is responsible to ensure that it enforces expiration of the Deal only in accordance with applicable federal and state laws.

Indemnification Indemnity. Merchant shall indemnify, defend, and hold harmless Agency, its directors, officers, employees, and agents from and against any and all claims, demands, causes of action, or liabilities, and expenses, including reasonable attorney’s fees, to the extent arising out of the Deal, the Voucher, the Merchant Product and the fulfillment thereof, and/or any breach or alleged breach of any Merchant obligation, representation, or warranty under this Agreement.

7. Limitation of Liability NEITHER PARTY SHALL BE LIABLE TO THE OTHER PARTY FOR INDIRECT, INCIDENTAL, CONSEQUENTIAL, SPECIAL OR EXEMPLARY DAMAGES (EVEN IF THAT PARTY HAS BEEN ADVISED OF THE POSSIBILITY OF SUCH DAMAGES), ARISING FROM BREACH OF THIS AGREEMENT, OR ARISING FROM ANY OTHER PROVISION OF THIS AGREEMENT, SUCH AS, BUT NOT LIMITED TO, LOSS OF REVENUE OR ANTICIPATED PROFITS OR LOST BUSINESS (COLLECTIVELY, “DISCLAIMED DAMAGES”). AGENCY’S CUMULATIVE LIABILITY RELATED TO DIRECT DAMAGES WILL BE LIMITED TO THE COMMISSION FEES RECEIVED BY AGENCY RELATED TO THE DEAL SET FORTH IN THE ORDER FORM. THESE LIMITATIONS SHALL NOT APPLY TO ANY INDEMNIFICATION OBLIGATION.

a. Term. This Agreement shall commence on the Effective Date. This is a month-to-month Agreement and shall continue on an ongoing basis until terminated by either party giving a calendar month’s written notice to the other; no reason or cause is necessary.

b. Termination. Either party may terminate this Agreement upon breach by the other party. Agency may cancel this Agreement, in its discretion, at any time.

c. Survival. Sections 3(d), 5, 6, 7, 8, 9 and 10 shall survive expiration or termination of this Agreement. In addition, following termination or expiration, Merchant shall continue to honor all Vouchers, according to their terms, for which have been remitted by Agency.

9. Non-Compete For good consideration and as an inducement for Agency to engage Merchant, the undersigned Merchant hereby agrees not to directly or indirectly compete with the business of Agency and its successors and assigns during the period of this agreement and for a period of two (2) years following termination of this agreement and notwithstanding the cause or reason for termination. The term “not compete” as used herein shall mean that Merchant shall not own, manage, operate, consult or to be employed in a business substantially similar to or competitive with the present business of Agency or such other business activity in which the Agency may substantially engage during the term of this agreement. Merchant acknowledges that the Agency shall or may in reliance of this agreement provide Merchant access to trade secrets and other confidential data and good will. Merchant agrees to retain said information as confidential and not to use said information on his or her own behalf or disclose same to any third party. This agreement shall be binding upon and inure to the benefit of the parties, their successors, assigns, and personal representatives.

a. Entire Agreement. This Agreement is the entire agreement of the Parties with respect to the subject matter hereof and supersedes any and all prior agreements and/or understandings, whether written or oral. This Agreement shall not be modified except by a written agreement dated subsequent hereto signed on behalf of each Party by their duly authorized representatives.

b. Notices. All notices and requests in connection with this Agreement will be deemed given as of the day they are received either by facsimile, messenger, delivery service, or in the Mail, postage prepaid, certified or registered, return receipt requested, and addressed to a Party at the address specified in the Order Form or such other address as a Party may designate pursuant to this notice provision.

c. Waiver. No waiver of any term or condition hereof shall be effective unless in writing and signed by the authorized representative of the Party against whom such waiver is asserted. Any waiver shall be specifically limited to its terms and shall not be deemed applicable to subsequent like circumstances.

d. Governing Law. This Agreement shall be governed by the laws of the state of California, without reference to principles of conflicts of law, and the Parties further consent to the exclusive jurisdiction of the local and federal courts located in California to resolve any dispute that may arise between the Parties relating to this Agreement. The prevailing party in any dispute arising from this Agreement shall be entitled to recover its reasonable attorney’s fee.

e. Counterparts. This Agreement may be executed in one or more counterparts, which may be exchanged by facsimile or other electronic means, each of which shall be deemed an original and which together shall constitute one and the same agreement.

Authorization & electronic acknowledgement: I represent that I am a duly authorized representative of Merchant and that my act of signing this document shall be a binding commitment of Merchant under the terms of this Coupon Merchant Service Agreement Standard Terms& Conditions upon electronic acceptance.